After skiing 11" of fresh powder at Solitude, Utah, we figured it would be all tracked out on Monday, since there were monster crowds on Sunday and the weather had cleared. We initially thought about just doing high-speed cruisers at Deer Valley ... but while we were at the ski shop getting discount tickets, someone mentioned a friend had 3 tickets to Snowbird that they could not use - we ended up getting 'em for $75 - yea!

So we rallied up there fully expecting skied out powder. We noticed the Gad/Thunder slopes on the far right only had a dozen or so tracks - WOW, maybe they didn't open 'em on Sunday despite the crowds ... but the lifts weren't yet. Riding the lifts up, we found out that Mineral Basin had also not been open on Sunday - unbelievable. So we hit this early and got some fresh tracks, along with a few others places in the trees.

After skiing all that out, we broke for lunch ... and then hit the far right side where the lower part was now open. Although it took a two-lift loop to ski this, it was totally worth it. In addition to the 16" of snow they had gotten the previous day, the winds had been 50 MPH overnight ... so it was two feet deep in places. Kurt had to catch a flight back up to Seattle, so we were only able to ski until 3:00 ... but once again, the best run of the day was the last one - Snowbird, Utah treated us right ... as it has done before - watch cool movies from previous years.

Kris plowing through untracked snow - check out this sequence where he gets BURIED!

Kris starts a pole plant in the deep powdery trees at Snowbird, Utah ...

Kurt says "be there next time Brother Myke!"

Kurt rip its up in Mineral Basin 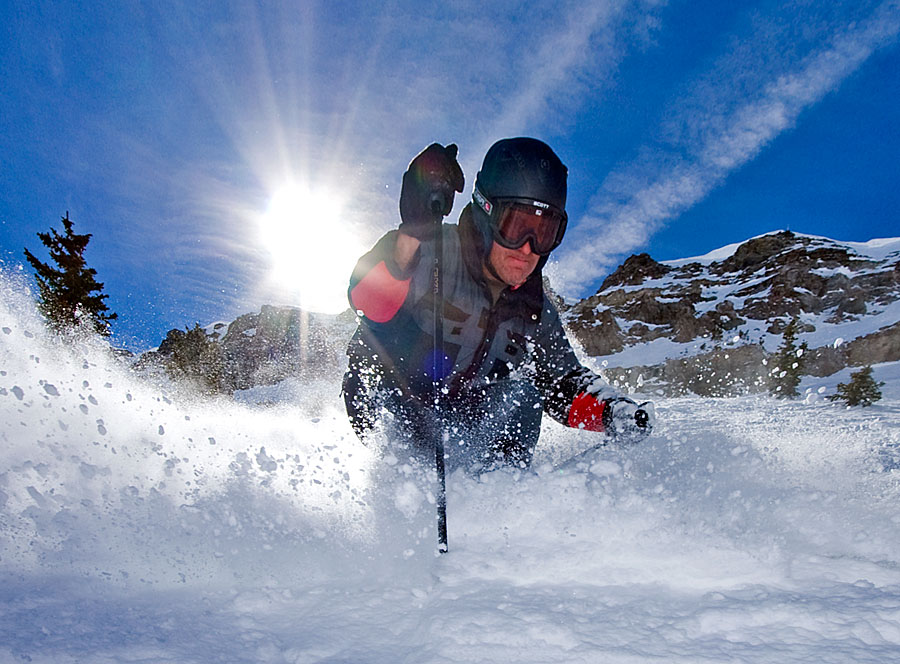 An "ultra-wide" shot of Kurt with backlit from the Sun 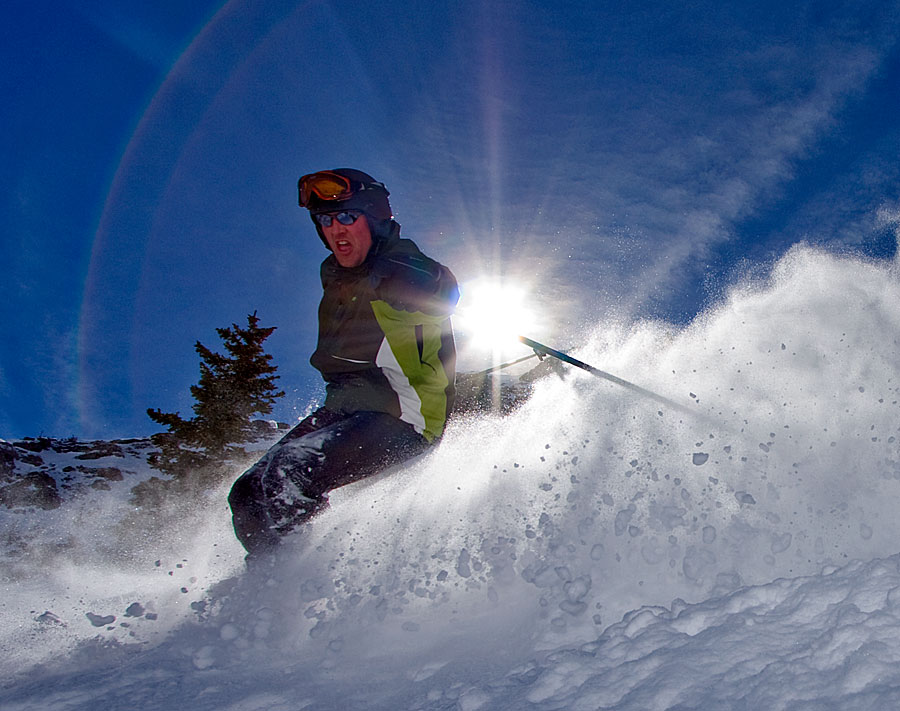 Bro's on Top of the Tram

"Damn, that Cameraman is everywhere!"

Back to main Skiing page and/or other Utah Ski resorts.