Colorado Rockies have the Biggest Balls!

In early September, 2007, I was driving my kids back from soccer and saw a nearby neighborhood was having a garage sale. I'm always looking for "stuff" ... plus the kids have become big fans of the Colorado Rockies baseball team, so I figured we might find something for them. We picked up a (used) baseball for 25 cents ... and a Rockies "Dinger" hat for a buck ... but the pickings were slim. As we approached the last house, we saw these monster inflatable Colorado Rockies Balls, so I figured we had hit the mother-lode. But the only Rockies related stuff they had was the inflatables themselves ... and they were for sale! ;-)

Turns out that four of these were actually commissioned/used by the Colorado Rockies for Opening Day in the year 2000. They were made by the Boulder Blimp company and have extremely durable construction with 2.3 Amp Blower Fans, with velcro across the top so they can be "filled" with Helium Balloons and then "ripped" open to release 'em. Now I just gotta figure out what to do with 'em!

Just after buying these, the Colorado Rockies starting winning games like you wouldn't believe - 14 of the last 15 games of the season. They then beat San Diego in a one-game playoff for the wild-card spot, and went to the playoffs. So I started putting the monster baseballs on the front yard on game days for good luck. The Rockies then went all the way to the World Series ... but unfortunately, got swept by the Boston Red Sox in 4 games. But it was one heck of a good run!

Rockies make a playoff run in 2010 - click to watch video of Drew & Kyle help me put up the big baseballs! 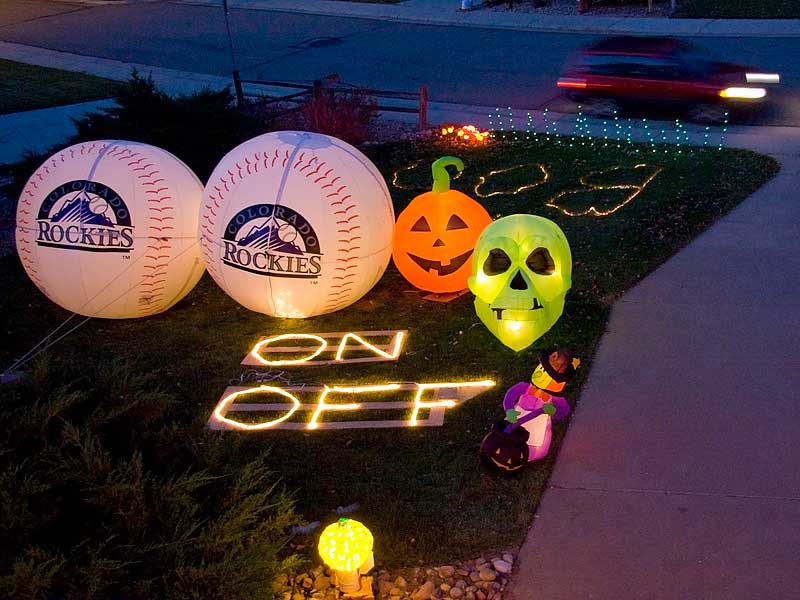 Biggest Balls via webcam2 with The Hulk in the background 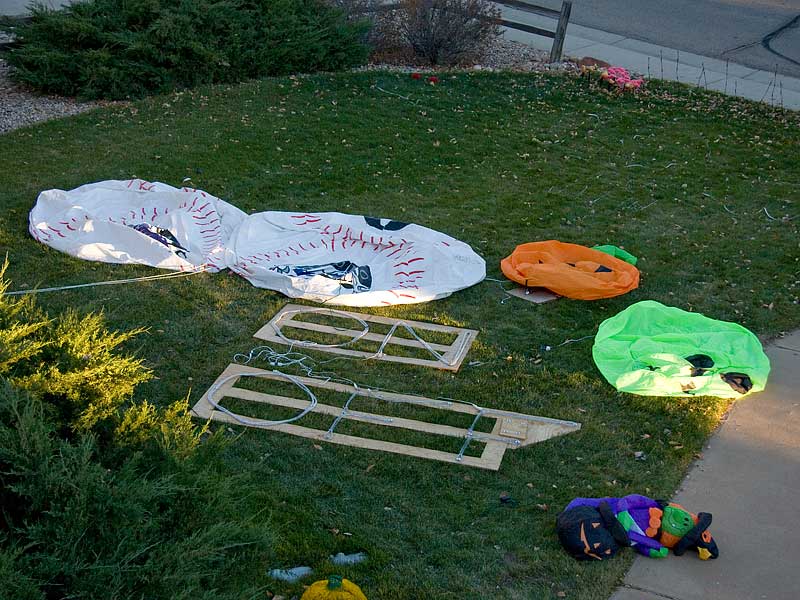 Epilogue: same nice people mentioned have a twenty plus foot Santa inflatable they put out for Christmas. So Dirk-n-Kyle and I checked it out - it's HUGE!!! Since my Santa is "only" twelve feet tall, I'm not only envious, but feeling ... uhhh ... inadaquate!       Size Matters when it comes to Santa's!!! 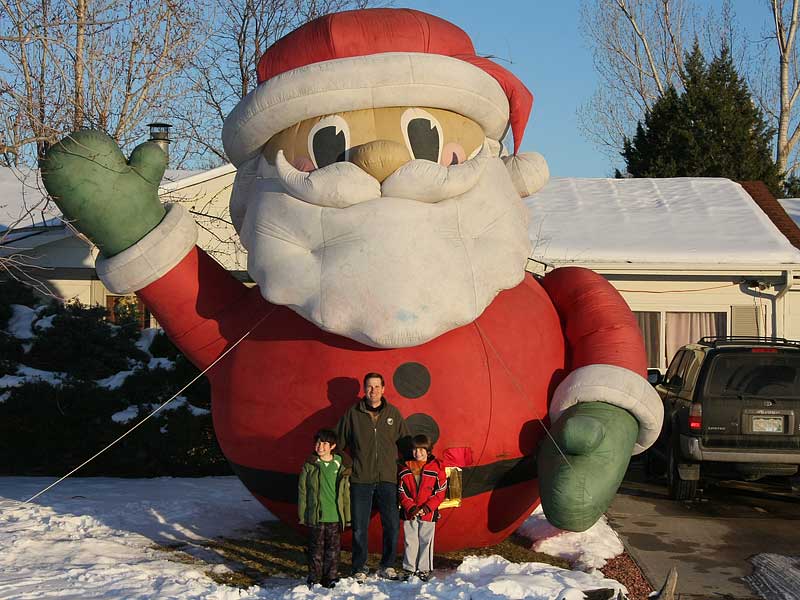 A few years later, Kyle had his own Colorado Rockies Room! ;-) 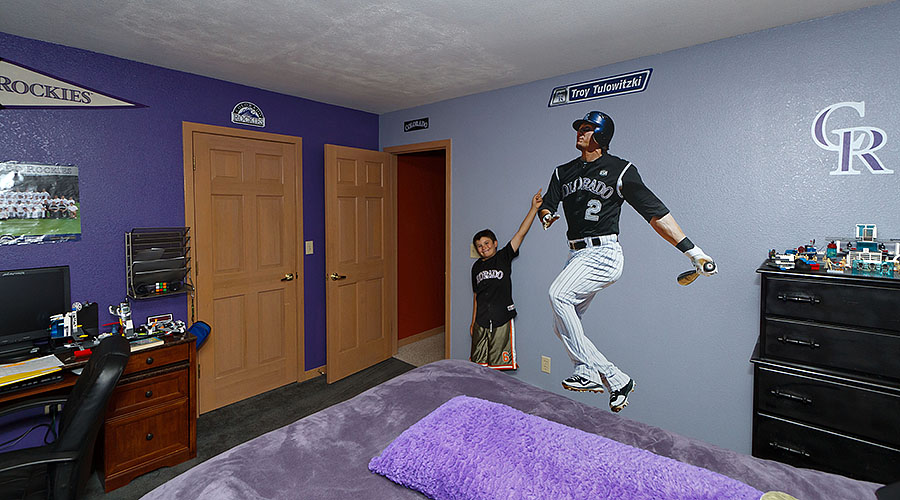