View and Control (!) everything on the Halloween Decorations Webcam - D'OH!
Alek "Griswold" has hung up his Santa Hat after 2014 - read more here 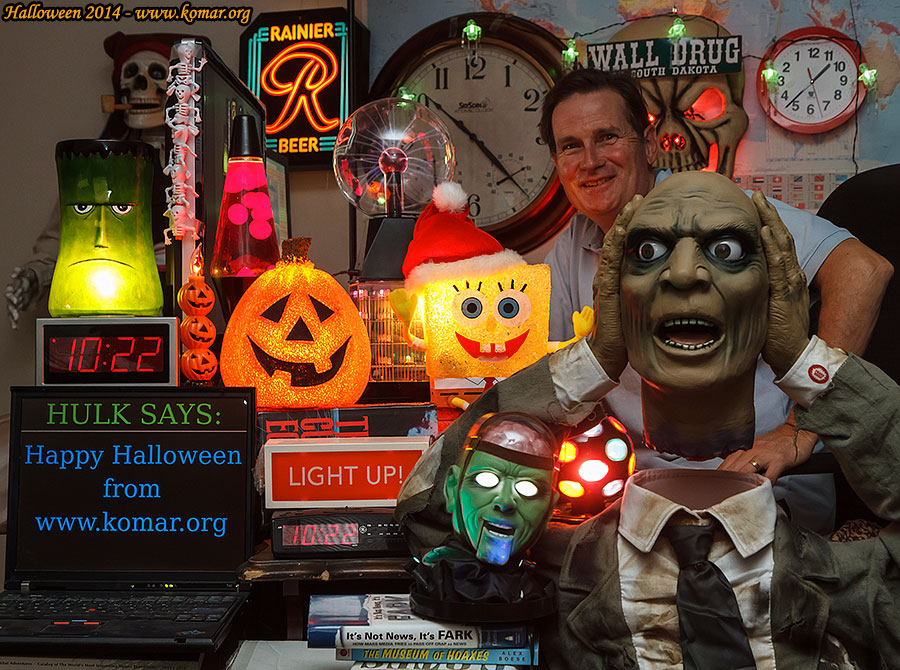 Webcam1 looks at the house 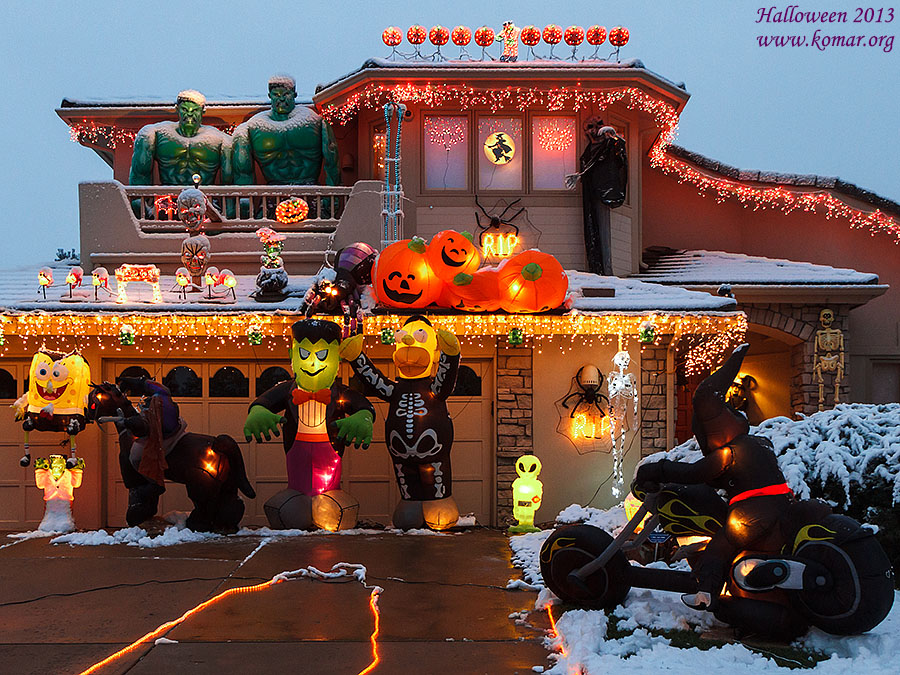 Webcam2 looks at the Front Yard 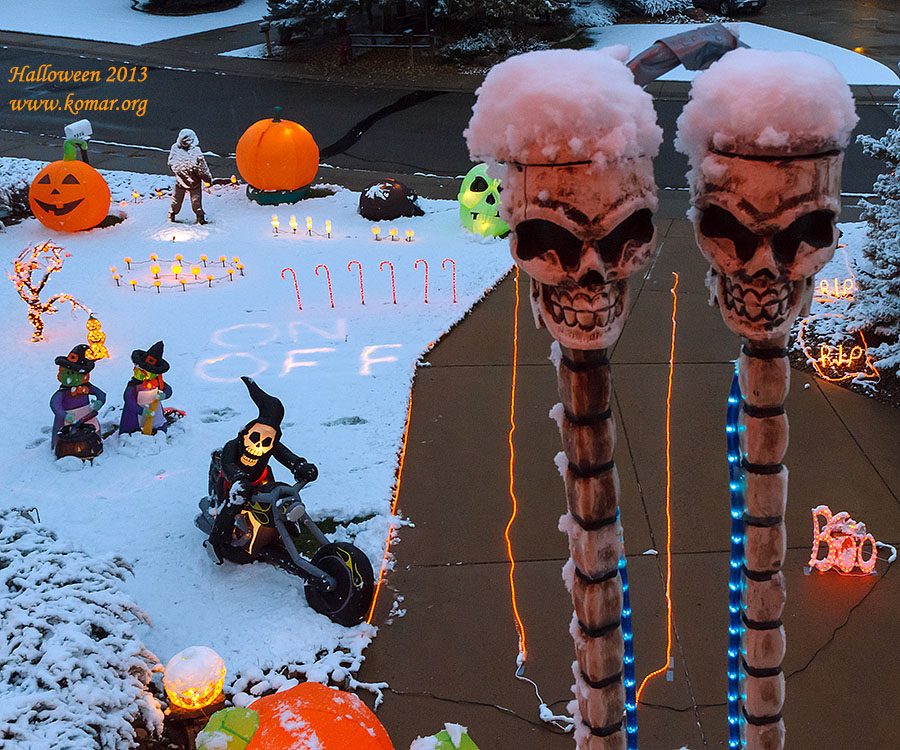 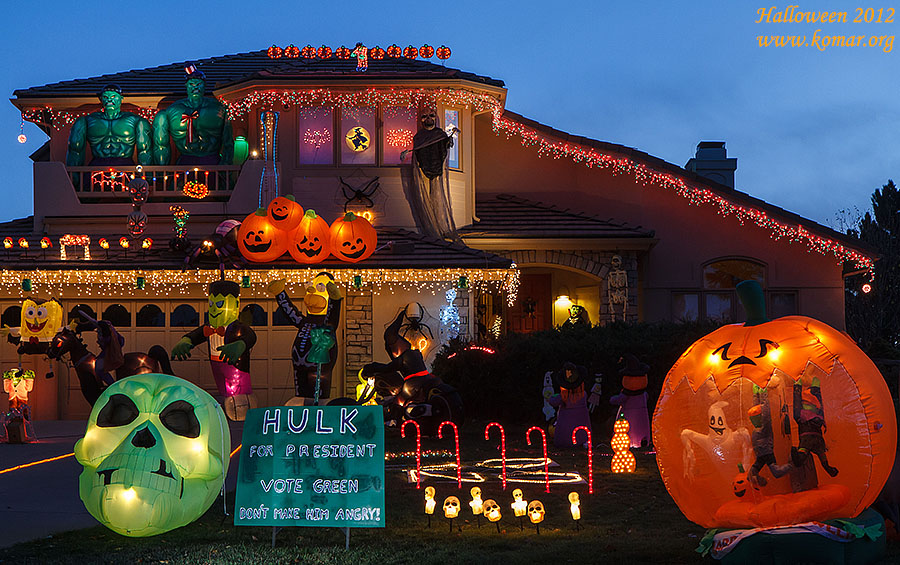 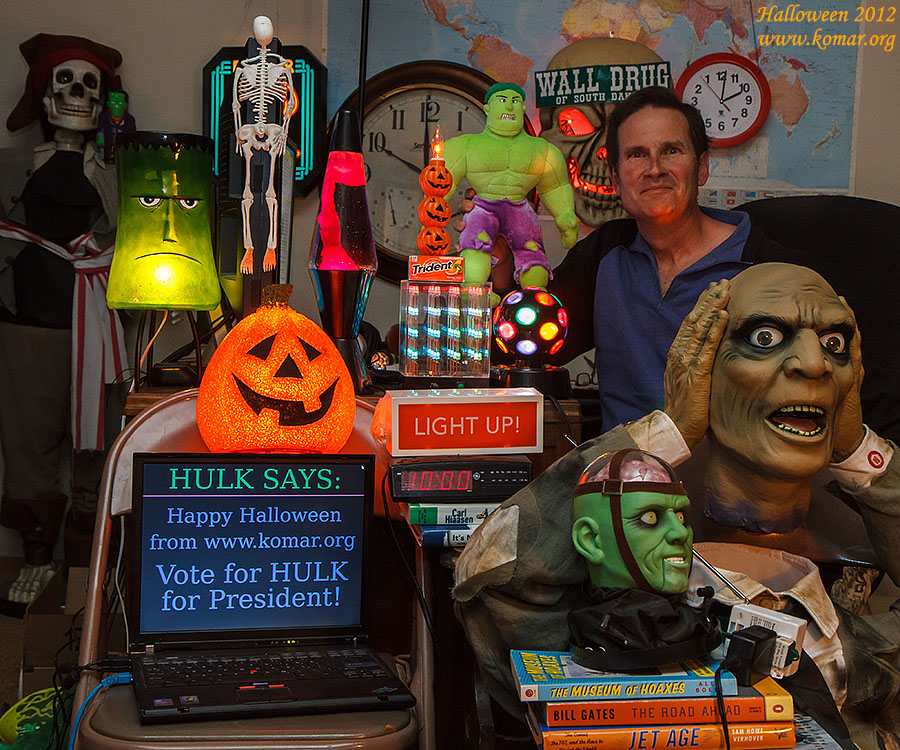 Fun with a 30 Second Exposure under a Full Moon 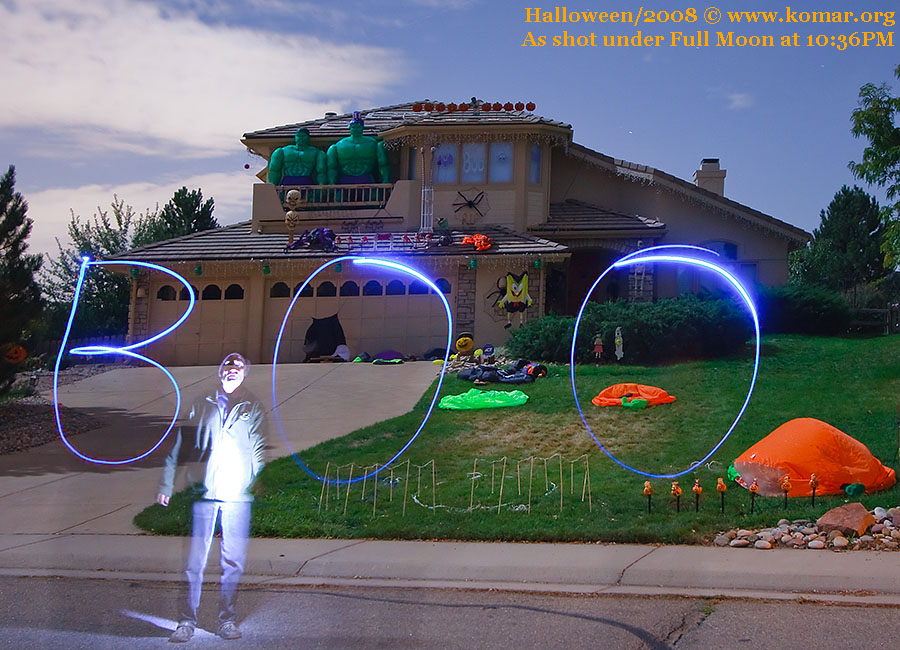 2014_09_25: As noted at the top of the page, the Controllable Halloween Decorations for Celiac Disease raises awareness and encourages people who enjoy the light show to donate to the Center for Celiac Research at Massachusetts General Hospital. Read more here and consider adding to the over $80,000 raised so far. For reference, here is the halloween 2013 webcam updates.

2014_10_05: Once again, my neighbor got their Halloween Decorations up before me. But it's kinda like the race between the turtle and the rabbit ... slow-n-steady "wins" the race! ;-)

2014_10_10: Most everything is pulled out of the crawl space and am repairing some leaks in the Hulk's. I have some family stuff this upcoming weekend, so I'm going to be a bit behind in getting everything out there and online.

2014_10_14: I did the initial setup on the front lawn ... hope to do the haunted office tomorrow. Still need to do some light testing and dust off the webcams and X10 control system. Hoping to go online by the end of the week.

2014_10_16: While I still have a lot more stuff to put out, I turned everything on tonight and went live on the Internet - the webcams and X10 controllers are all working well.

2014_10_21: Pretty much everything has been deployed and hooked up ... although there's always a little bit of "fine tuning" to make the display look just perfect - D'OH! ;-)

2014_10_29: The weather forecast for Halloween is sunny and 60°F ... so should see quite a few trick-or-treaters. I have a buncha candy for the little kids and quite a few liquid refreshments for the "big" kids - hopefully this will be enough! ;-)

2014_10_31: Another crazy-fun Halloween night! Once again, close to 200 trick-or-treaters came by as the weather was mild. They almost cleaned me out of candy (I'm very generous, especially early on) and I also passed out shots of Chocolate EggNog and Pumpkin Liquor (plus beer and wine) to the "big" kids. Check out all the action on the Halloween Blog ... Jerry Garcia costume was the best! ;-)

2014_12_04: I announce that 2014 will be the last year for the Controllable Halloween Decorations and Controllable Christmas Lights. It's been a fun run providing smiles and joy to millions of Internet surfers, but Alek "Griswold" is hanging up his Santa Hat! ;-)