Halloween Decorations Webcam - view and control stuff! ;-)
After having a live webcam where people could view (and control!) my Halloween Decorations in 2005, I upp'ed the ante in 2006 & 2007 with three Webcams ... plus Homer Simpson - D'OH! But there is always room for improvement - so here are some thoughts for Halloween 2008 ... so please comment on HULK's halloween blog with any of your ideas ... and be sure to check out the Halloween 2008 is coming on the Halloween movies page.

1. Big Green Guys.   The The Incredible Hulk Brothers will definitely be back.

3. More Halloween Decorations.   I always hit the stores after the holidays for the 50-75% off sales ... and picked up some ghoulish items for 2008 - most notably the giant inflatable Grim Reaper on a motorcycle seen below!

8. More fund-raising.   It was not only fun raising money for celiac disease but it made me feel "good" ... so I'll be doing that again - total at the beginning of 2008 was over $25,000 and consider donating now to the University of Maryland - every little bit helps.

I'll be putting up my halloween decorations in late September/2008, so check back then to where you can view and control 'em via the halloween webcam - halloween 2008 will be even better!

Halloween comes to the Front Yard 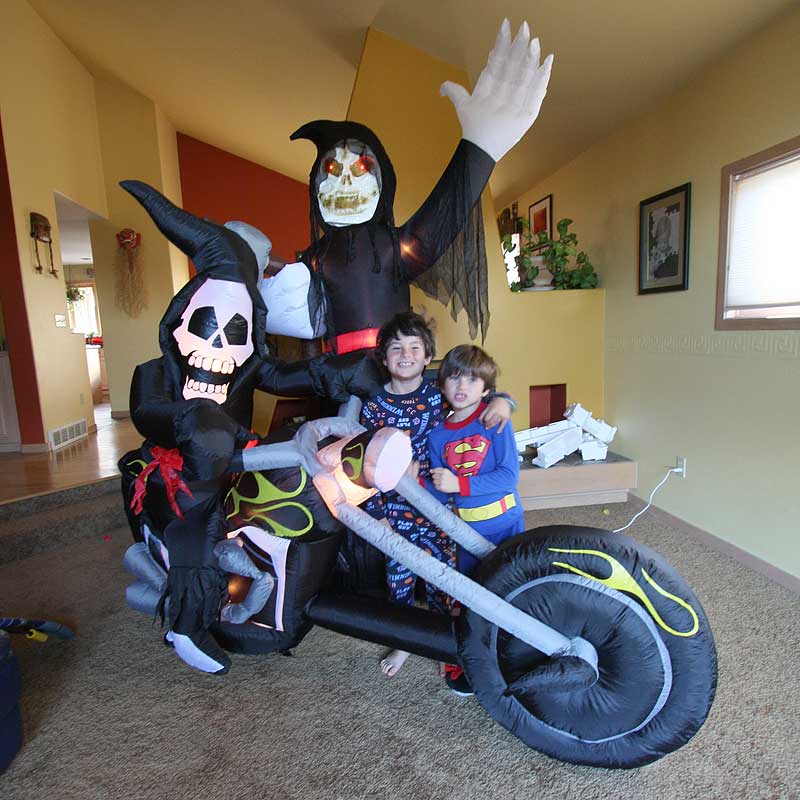