Christmas Lights Webcam - view and control stuff! ;-)
After having one live webcam where people could view (and control!) my Christmas Lights in 2005, I went to three webcams in 2006 ... plus Homer Simpson - D'OH! But there is always room for improvement and news ideas ... so here are some ideas for Christmas 2009 ... and you can also comment on the christmas blog.

1. The Incredible Hulk.   The Big Green Guy will definitely be back ... although his twin brother may only be part of the halloween decorations.

3. More Christmas Lights.   I always hit the stores after the holidays for the 50-75% off sales ... and while I already have wayyyyy too much Christmas stuff, I picked up one really big new things for christmas 2009 - see picture below - D'OH! ;-)

4. Possible new bells & whistles with Webcam and Webcontrol.   The Webcam and WebControl (which allowed folks to not only view the lights in real-time, but also turn them ON and OFF) is a big hit, so I'm always curious to see what technologies come my way for christmas 2009 and see how they can be used.

5. Streaming video on webcam.   Related to point #4 above, I'd love to do streaming video rather than refreshed JPEG's ... although the later can be used to make some decent crazy christmas videos.

8. More fund-raising.   It was not only fun raising money for celiac disease but it made me feel "good" ... so I'll be doing that again - total at the beginning of 2009 was over $35,000 and consider donating now to the University of Maryland - every little bit helps.

Be sure to check back here around Thanksgiving 2009 for the christmas decorations where you can view and control 'em via the christmas webcam - christmas 2009 should be even better!

Initial setup in the backyard of the 15' Santa Balloon from Home Depot! 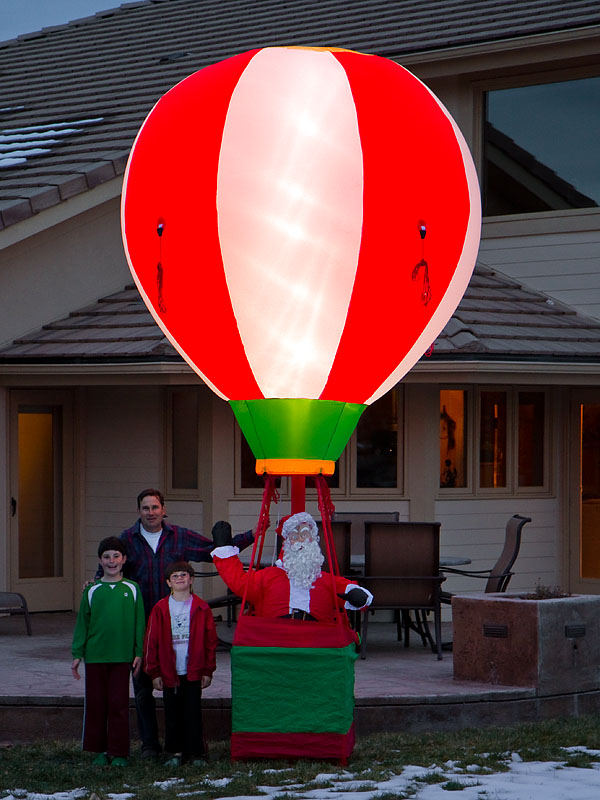 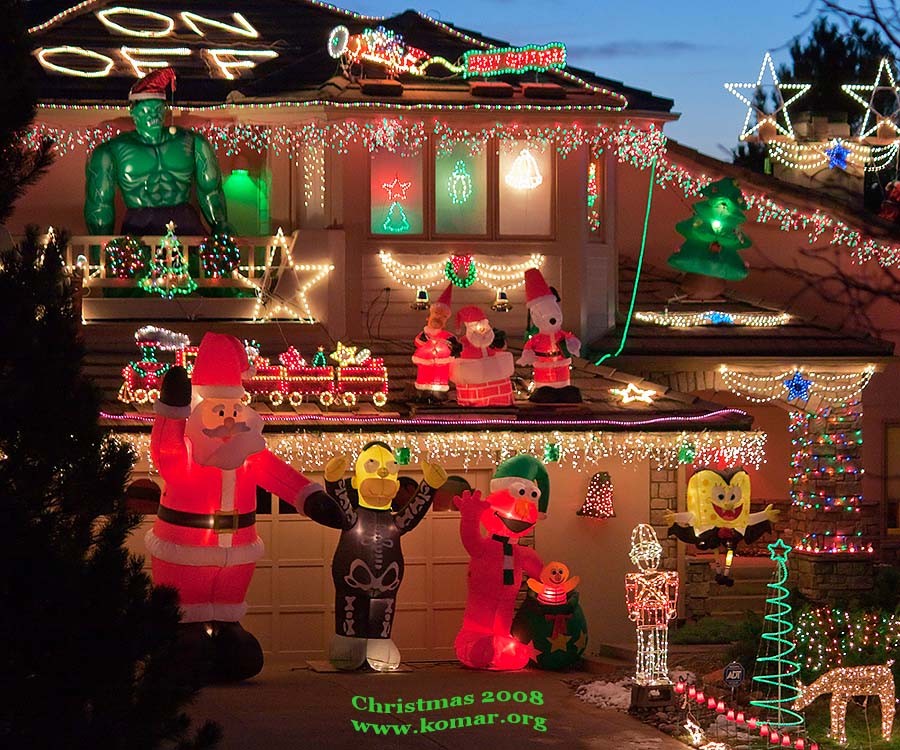