After having a live webcam where people could view (and control!) my Halloween Decorations in 2005, I upp'ed the ante in 2006 with three Webcams ... plus Homer Simpson - D'OH! But there is always room for improvement - I have some ideas for Halloween 2007 (and Halloween 2008!) ... so please comment on HULK's halloween blog with any of your ideas.


1. The Incredible Hulk.   The Big Green Guy will definately be back ... and joined by his twin brother!!!

3. More Halloween Decorations.   I always hit the stores after the holidays for the 50-75% off sales ... so there will be a few new things out there - see pictures below.

6. More fund-raising.   It was not only fun raising money for celiac disease but it made me feel "good" ... so I'll be doing that again - total at the end of 2006 was over $15,000 and consider donating now to the University of Maryland - every little bit helps.

Alek's location is the United States - Hulkville in the Republic of Boulder, Colorado (mouse-over the flag!)
The halloween maps were a big hit last year as web surfers from 113 countries came by. So I've also added a nifty "flag" feature to the blog that shows were commenters are coming from.

9. Misc. code fixing/polishing.   As you can imagine, there is some fairly sophisticated hardware and code to run all this. Buzzword-Bingo includes Linux, Apache, Perl, Ajax, HTML, CSS, etc. While often not apparent to end-users, there are always a few bugs (usually behind the scenes) that have to be squashed.

10. Webcam HTML and CSS validates per W3C standards.   This is a geek thing ... and it was pretty close last year with the main issue being the use of the depreciated marqueue tag ... so I finally rewrote that in Javascript and now the HTML and CSS of the over-the-top halloween decorations webcam validates with zero errors! ;-) 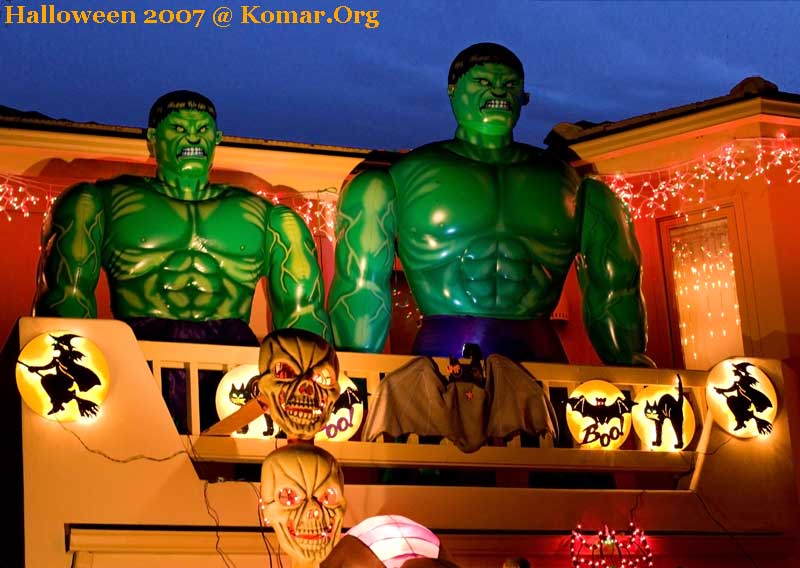 Neighbor gave me these skull heads during the Summer 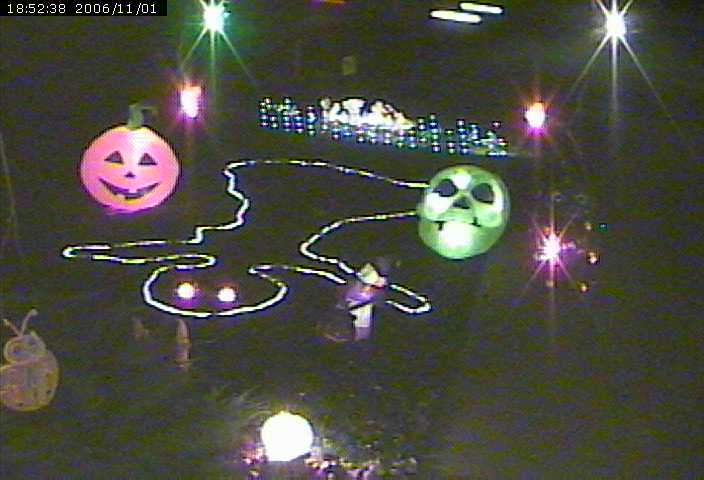 Update #1: The spooky Halloween stuff is deployed and under Internet control.
Update #2: And it was a ton of fun, especially Halloween night! ;-)