Have fun with the Christmas Decorations Webcams - not only watching, but also controlling thousands of christmas lights. And for those people that wonder "Why do you do this Alek?" - watch the christmas video that answers that question - also see Santa (and Rudolph) show up Christmas Eve on the Santa Tracker!

Click on the links above the pictures to read stories/pictures from previous years. The Christmas Webcam was introducted in 2002, I added Pan/Zoom capability in 2003, and after world-wide media attention in 2004, I disclosed to the Wall Street Journal that the webcam/webcontrol was a fun little hoax done via computer simulation. In 2005, it went real ... but you are justified in being skeptical! More info at the Christmas FAQ where I answer varioues questions and also check out/chime in on the Christmas Blog for some heart-warming and funny notes as I brought a lot of christmas cheer to bazillions of people. ©1999-2014 www.komar.org - Alek Komarnitsky

Christmas 2014 - the last year of the Controllable Christmas Lights 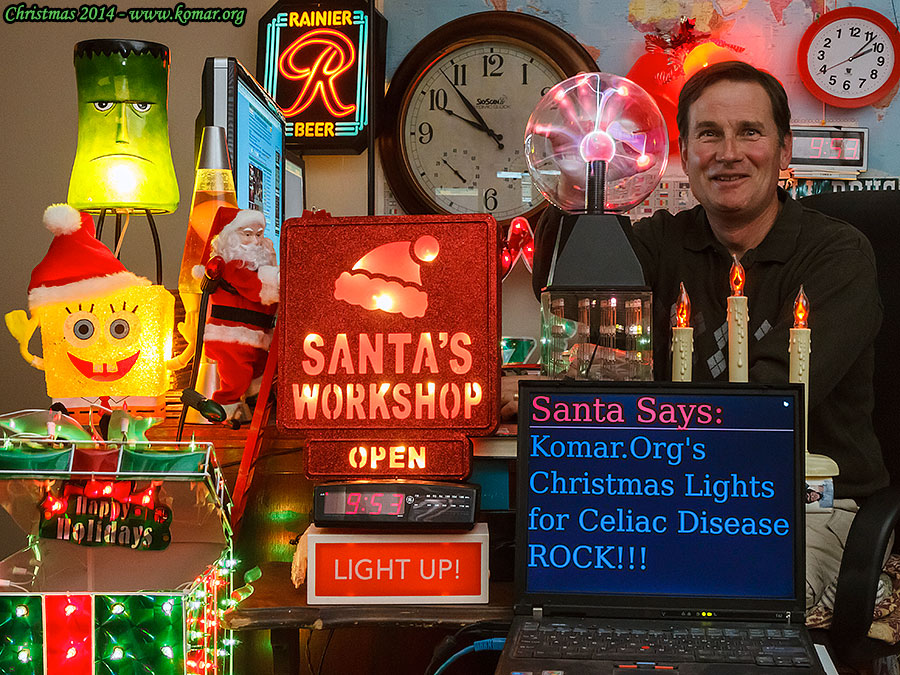 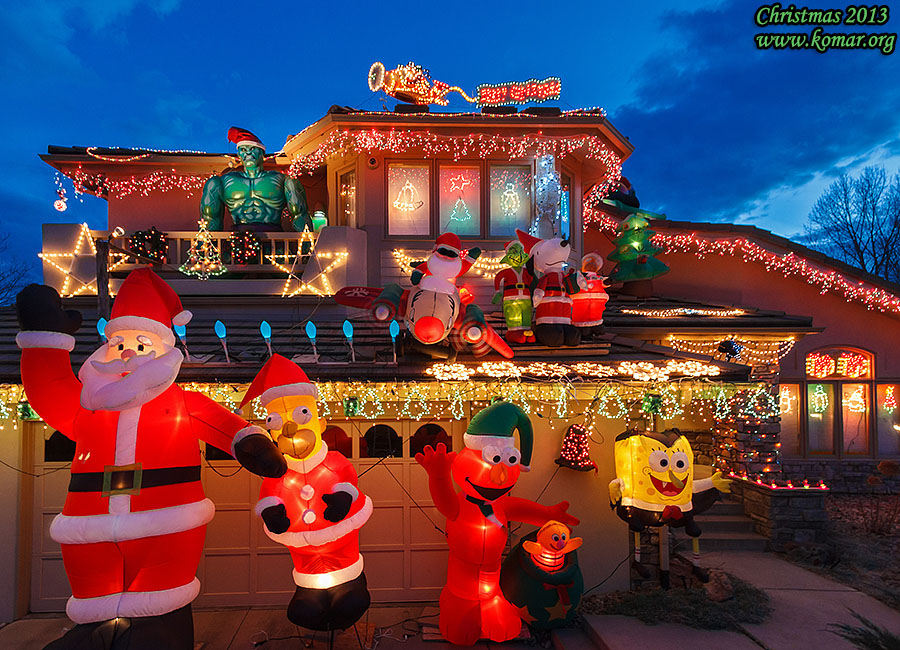 Christmas 2012 - You can never have enough inflatables! 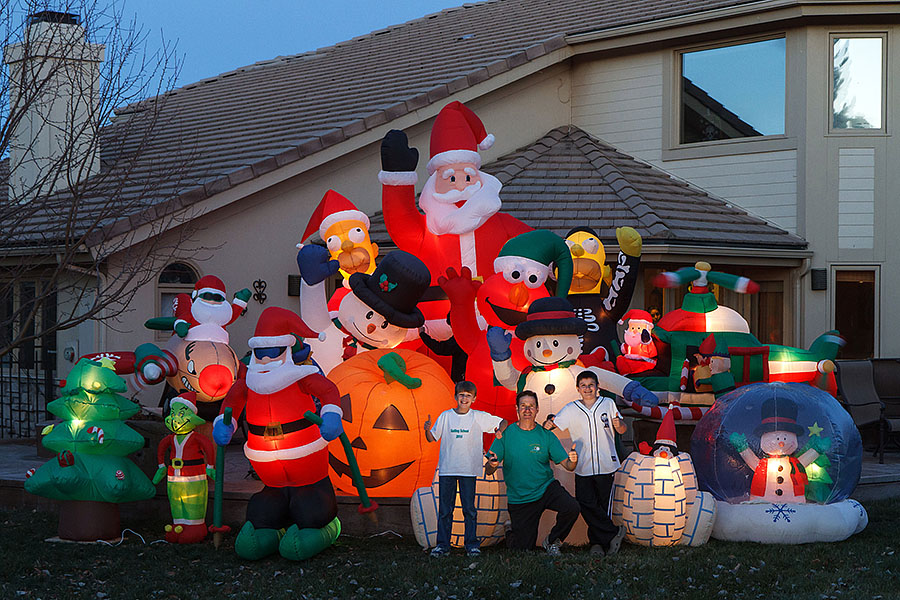 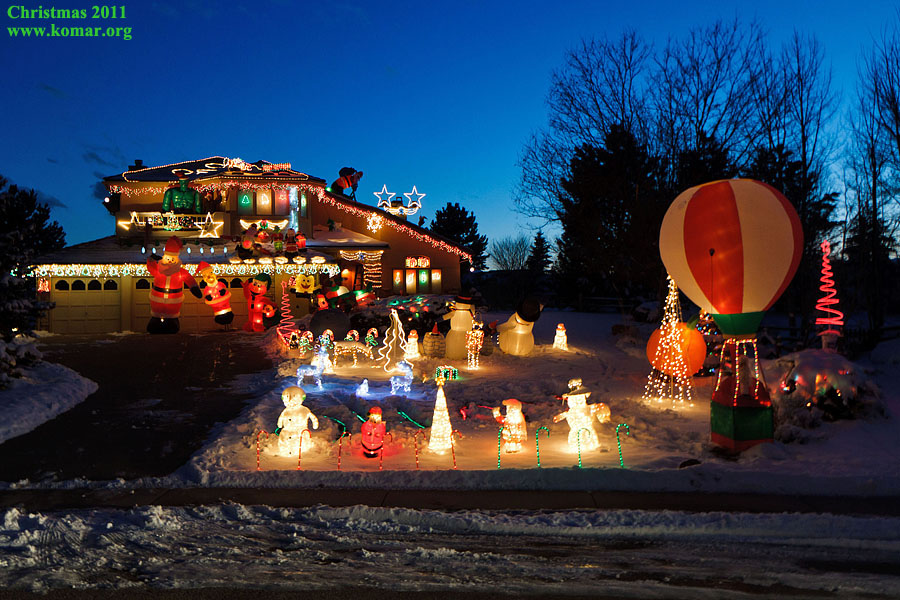 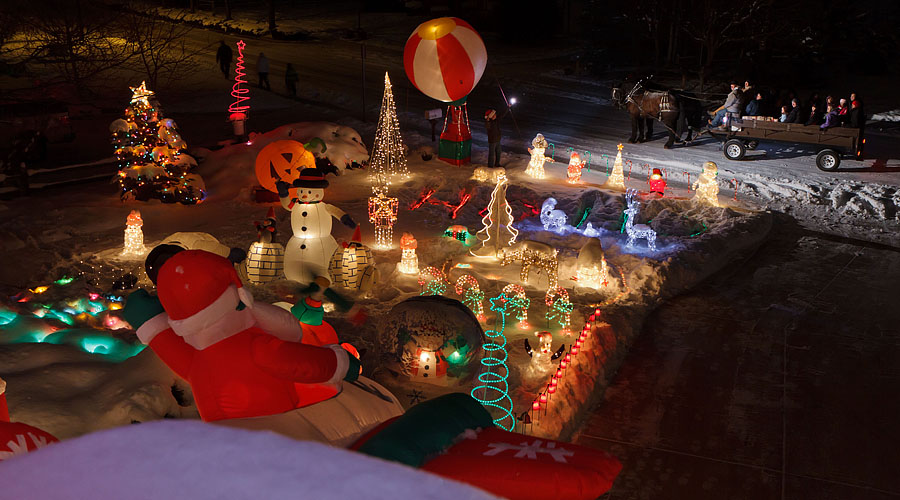 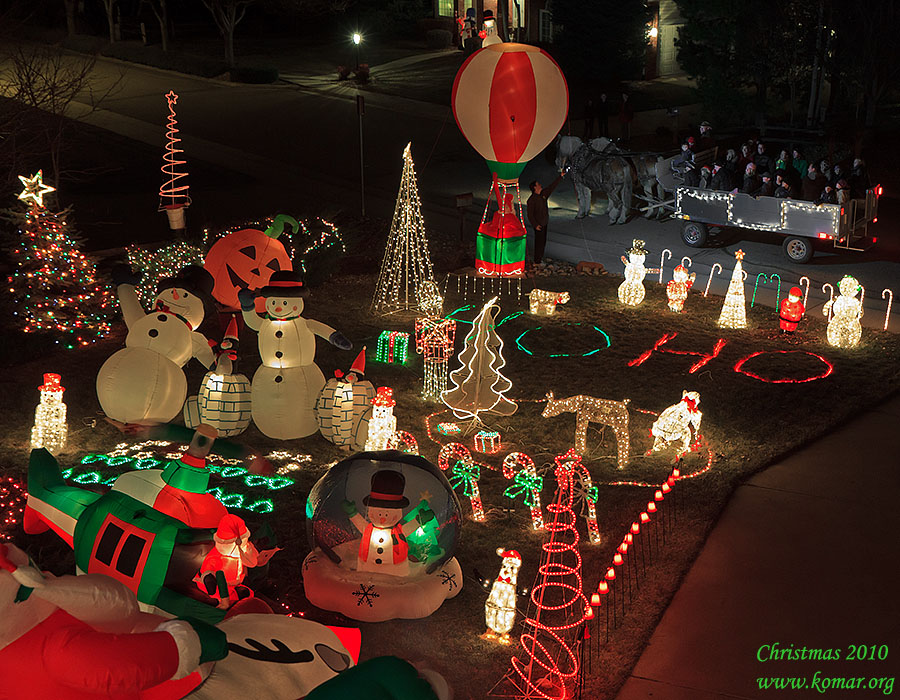 Santa's Workshop gets into the holiday spirit 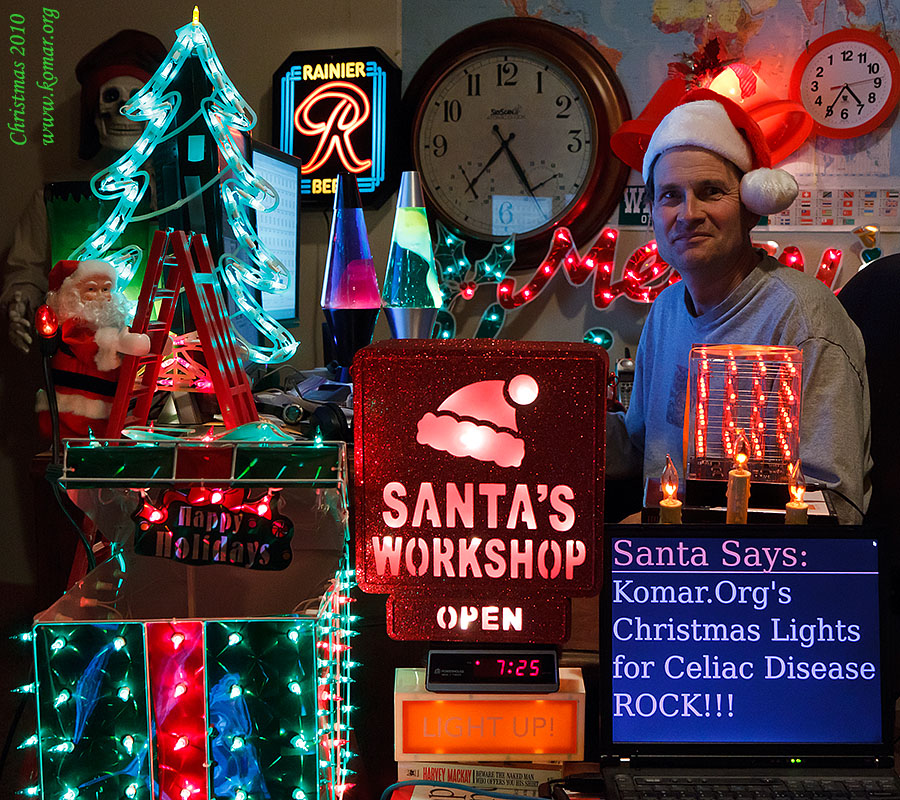 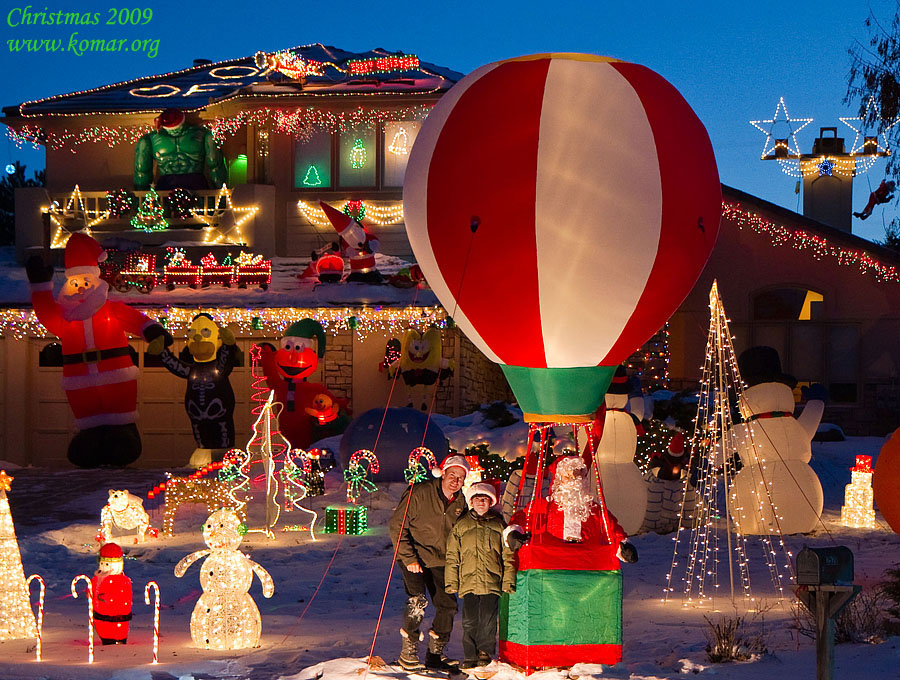 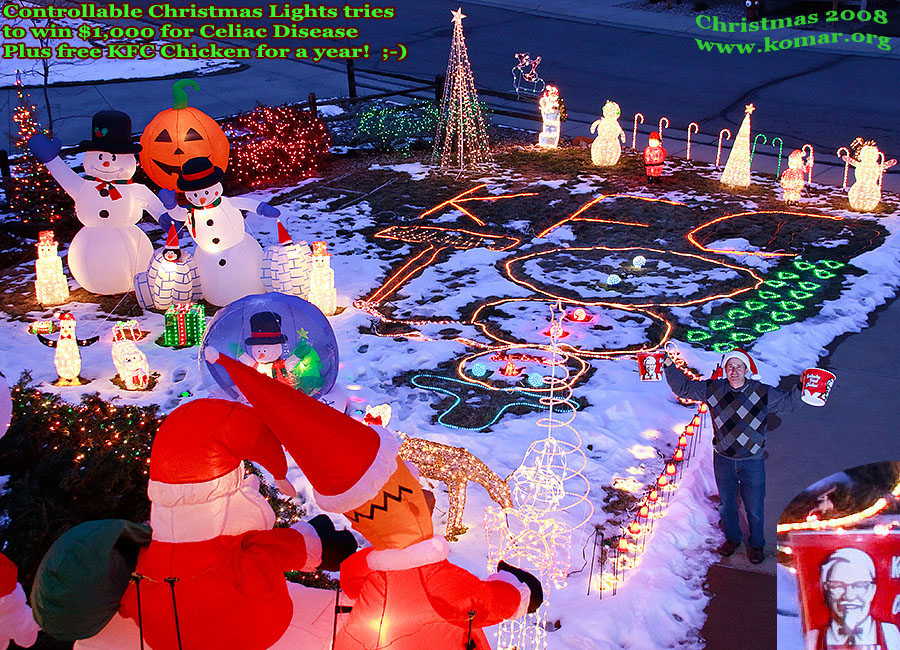 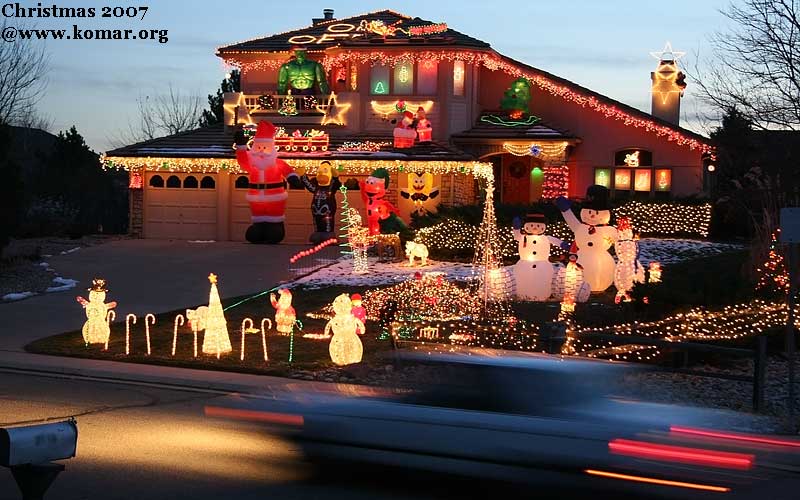 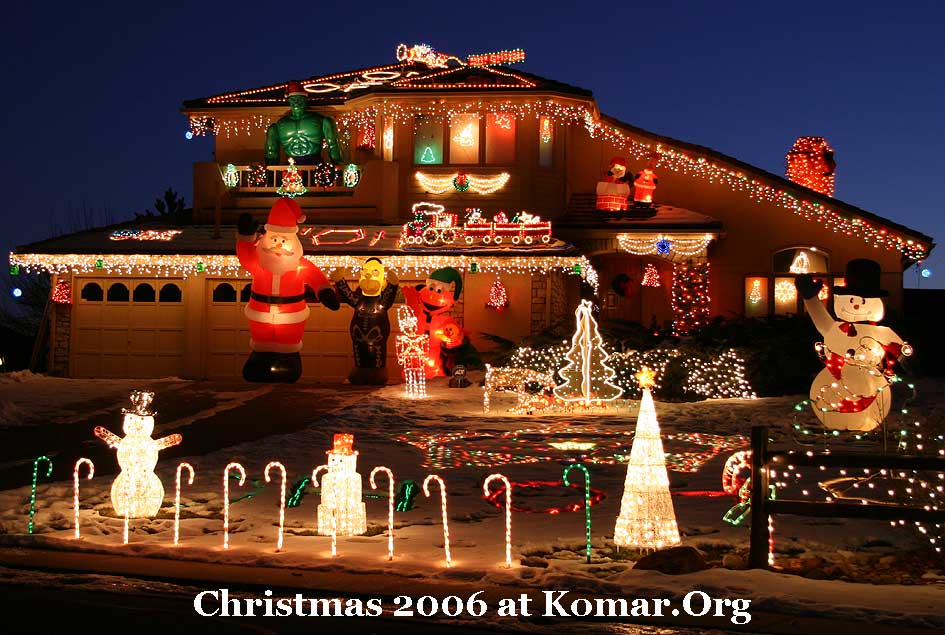 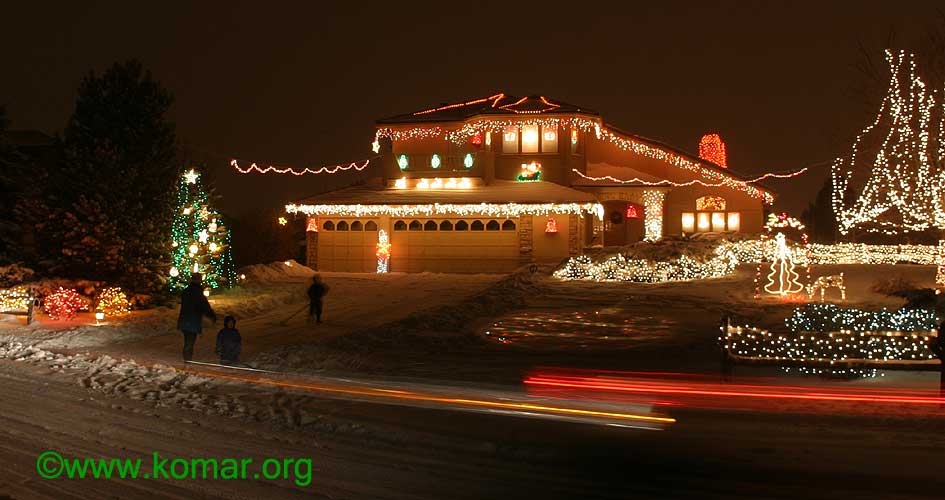 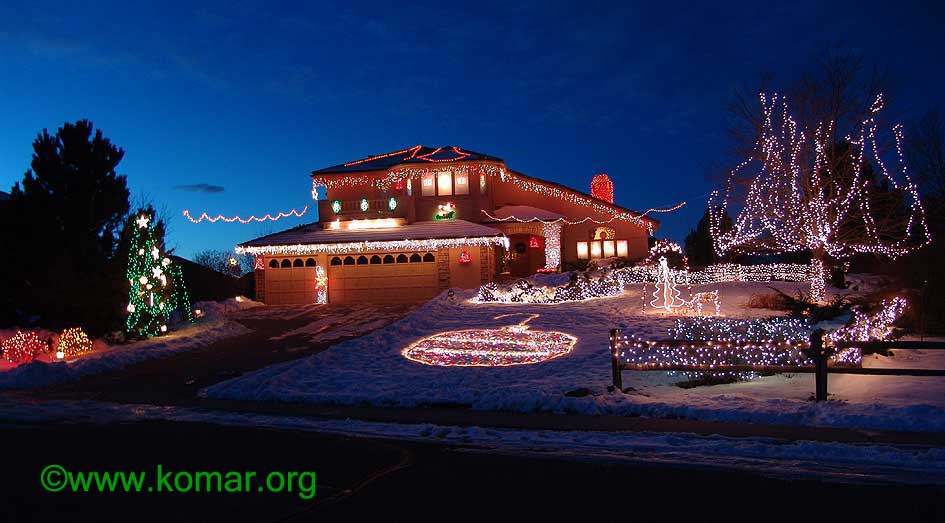 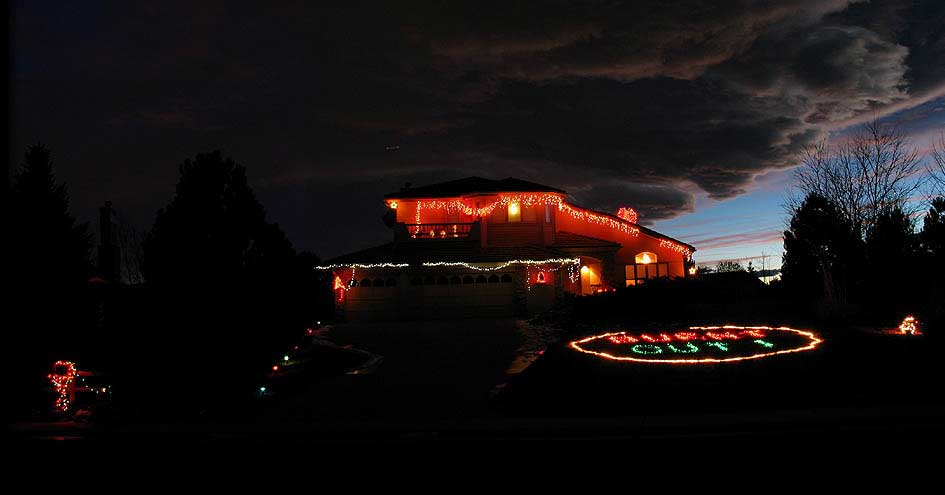