My wonderful wife Wendy works at Natural Habitat Adventures (they run incredible nature trips like this worldwide) and since the company liked the pictures I took down South in Antarctica, they sent me up North for the Polar Bears - man, am I lucky!

Churchill, Canada is aptly named the Polar Bear Capital of the World. It is amazing to watch these big white animals up close; and have them stand up to breathe on your hands through a metal grate - see links to videos at the bottom. For getting around on the snow, the giant Polar Rover is a sweeeet ride and I was fortunate to be able to stay in the very cool Great White North Polar Bear Tundra Lodge that was constantly surrounded by Polar Bears. I took LOTS of photos and a summary is below with even more pictures (and hi-def videos) at the bottom of the webpage of my Churchill Polar Bear trip in Nov/2009.

Plenty of viewing opportunities to see the Polar Bears up close

Polar Rover "stuck in traffic" on the Tundra! ;-)

Google Map of trip to Churchill, Manitoba, Canada to see the Polar Bears

Shortly before departure from Denver International Airport on November 8th, 2009

A beautiful day in Winnipeg, Canada

Upon arrival at Winnipeg Airport, I found the Nathab Booth right at the top of the escalator - can't miss it

You know you are in Canada when you see a Tim Hortons doughnut shop at every corner! ;-)

A yummy breakfast at the Fort Garry Hotel the next morning before heading North to see lots of Polar Bears!

After breakfast, we are whisked away on our charter flight to Churchill Canada

Disembarking in Churchill, Canada - the Polar Bear Capital of the World

We saw a few "tagged" Polar Bears during our visit - an "escapee" from the Polar Bear Jail! ;-)

Betsy and Will standing by a Polar Bear trap

We then transferred from the School Bus into a Polar Rover to head out to the Tundra
NOTE: This was the last time my feet would touch ground until our return 4 days later!

Great viewing from the Polar Rover ... this is our super driver Devin

Polar Rover has good grub too as Devin, Rinie, and Leah serve up a tasty lunch

Clive & Bonnie and Bonnie taking pictures of a glorious sunset

Sleeper car rooms were like closets ... but quite cozy and plenty adequate

Paul shows what a Polar Bear would do with that tasty Baked Alaska! ;-)

Periodically, you would hear/feel a "bump" while eating as someone else was hungry!

Janet brings up the sunrise - mouseover image for closeup

The Polar Rover would then head out from the Tundra Lodge

Another pair of Polar Bears sparring 35 minutes after sunrise - mouseover to see 'em in action!

A Mother with her Cub watches the fighting ... and then moves away

Hanging out on the Hudson Bay looking for seals 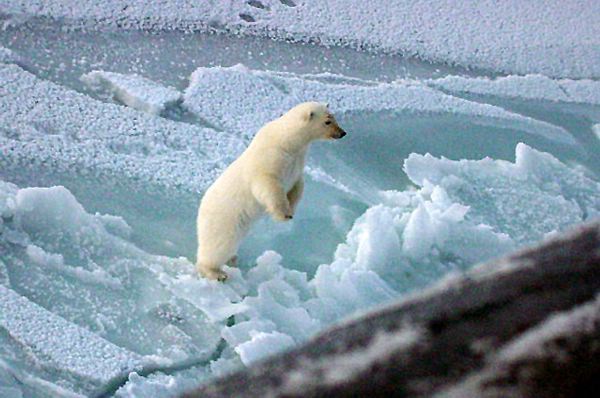 Perhaps not so cute if he's looking at you as dinner! 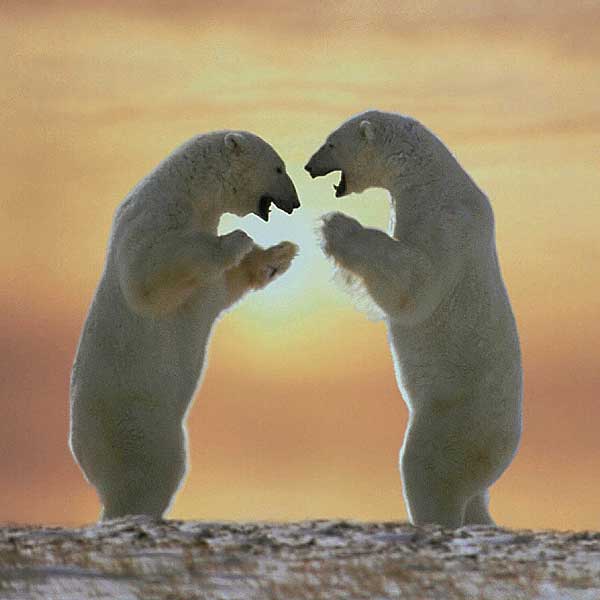 Everybody opted to put these on their room door

Devin stepped out to lock the hubs, so I sat down in the driver's seat! ;-)

Jill (and everyone else) took countless pictures of the colorful sky

Paul says "hello" to a Polar Bear standing up to the Polar Rover back grate
The Polar Bears will even breath on your hand as seen in this video! ;-)

We never left the safety of the vehicles and had to play a game of Polar Bear Tag! ;-) 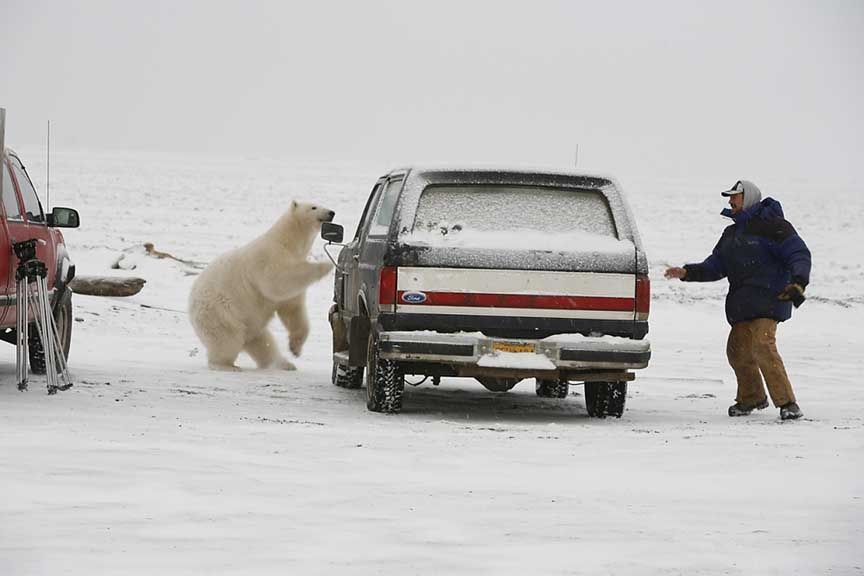 A rare sighting of an Arctic Fox

Mouseover image to see the Arctic Fox curl up

The Helicopter ride got a big thumbs-up!

While I took wide-angles of the people, Steve got some nice closeups of the Dog Sledding in Churchill

Everyone enjoyed some special one-on-one with the sled dogs

Classic picture of the Inukshuk (a balanced rock formation) near Churchill, Canada

Hi-Def Polar Bear Videos: Note: This was my first time shooting video with the Canon 7D. While it takes stunning 1920x1080 Hi-Def Video (above are "only" 1280x720), they are a bit shaky ... I got better later on - check out the Galapagos Islands and Baby Hummingbirds! ;-) Also check out the pictures/video from our family on an African Safari trip.


More Web Pages with additional info and pictures:
Comments on the Polar Bear Pics - send me an Email with your questions/comments - info on ordering prints.